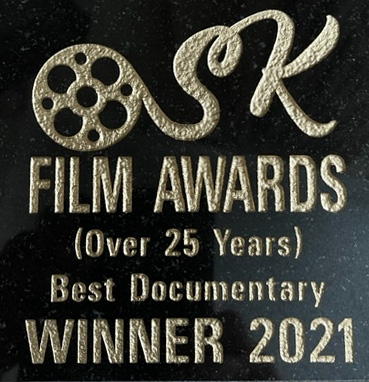 Didn't They Do Well!

Once again our Audio- Visual Group members are having success in competitions.

This Competition was open to anyone living in the Stockport area with an SK postcode. As most of our members live well outside this area we only had the one entry.

This is a major achievement, not only for an AV to win a Film award, but also as this is Albert's first AV.

The films were all screened at the The Savoy Cinema, Heaton Moor, Albert says of the event:

"What an experience, instead of watching a Hollywood blockbuster in the same cinema, I was watching 'Heavens Above'. The picture quality held up and sound levels were right. I could have taken the audience vote but for a group who were involved in the last production and made more noise! My reward came however from the producer that won; he thought mine was best and gave him a lot to think about; he liked it."

Many Congratulations to Albert for the Guild